Anthurium propagation by tissue culture techniques appears as an alternative to increase the production. Tissue culture is simply put the process of cloning plants. This is why each anthurium of a given variety looks so similar. It is because they are genetically identical clones.

At the lab, a technician first confirms that the plant is healthy and then snips off a portion of it. He will then sterilize the plant sample and place it into a flask containing an agar based medium that is saturated with special plant hormones that cause the sample to form a callus, which is an undifferentiated mass of plant cells.

Once the plantlets have grown big enough, they are transplanted into new flasks to grow further. When they have reached a size where they can survive in open air, they are removed from the flasks and transplanted into larger pots. For a time, these new plants are allowed to grow in the controlled conditions of a green house. After they have grown big enough and adjusted to growing in the open air, they are returned to the farm and planted in the fields at the farm. 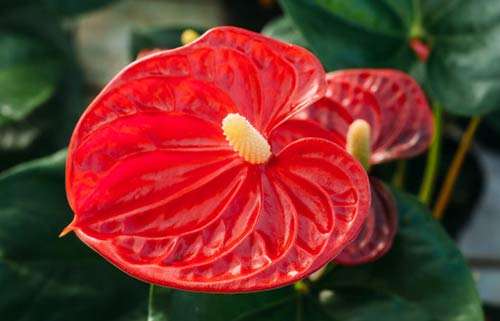 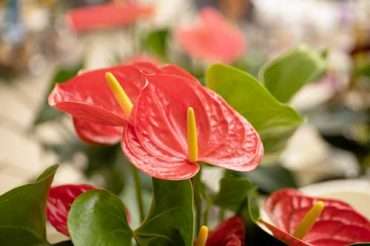 Last Updated on November 2, 2021 by Ewaterplant